Saying No with Love to Family with Addictions Not Easy

Saying No with Love to Family with Addictions Not Easy

Michael Jackson died from addiction a few years ago. All that incredible talent subsumed by an addiction fed by his doctors. Which is not to say Michael wasn’t responsible for his own decisions. He also died because no one in his circle could say “no” to him. Certainly his doctor was unable to say “no.” Jackson died from years of escalating abuse of prescription medications. One morning, one shot, one pill too many and on that particular day his system had had enough and went into arrest.

Jackson’s addiction and death is sad for millions, but no more sad to me than my mother dying of cancer due to her cigarette addiction. Or my brother, who in four years has gone from middle-class salesman and homeowner to barely getting by, but sober. Or my sister, who is in her last months of struggling with alcoholism. I have said “no” to giving money to her except for food, to letting my brother live with me once he’d relapsed, to my mother taking care of my child when she was drinking. I know it’s not easy, I’ve been there. What’s most difficult is to say that no with love and compassion. Minutes ago I got to exercise a loving “no” with my sister. Sober yesterday, we planned a movie afternoon. Drinking today, I sadly declined as I choose to not be around her when she’s doing so.

Addiction is not just to the hard stuff, but to what I call the “lite” addictions and what Steve Bhaerman refers to as “weapons of mass distraction.” We seem to need a buffer between ourselves and the stresses and upsets of daily living. Anything from hours of TV, to cruising through the fast food drive-in on the way to Starbucks, with a few hours of shopping to top it off. We Americans love our distractions, temporary though they may be. But, take a breath, (one of my favorite buffers) because JOY and freedom are available to create a pause button to “lite” addictions with easy to learn body-mind strategies that I’ll be sharing in the weeks ahead.

PrevPreviousAddictive America Pt. 2: The “Lite” Addictions
NextAddiction and The Fear of ChangeNext 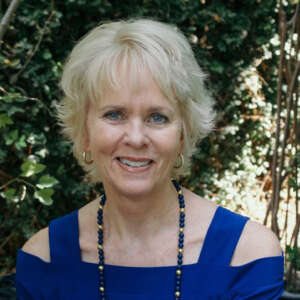